We submitted one version of our model for Inclusive Employment at Ashoka Greece’s competition “Destination: Change. New Solutions for Greece.” You can read it below:

180 Moires (180º)’s vision is to transform employment through social inclusion and financial dignity. We seek to increase job creation of economically inactive groups through training, coaching and ecosystemic balance amongst the key players of the social and business sector.

The Problem
Unemployment is a symptom within the market, a result of a non-viable economy such as that of Greece and other countries of Southern Europe. The official unemployment numbers are increasing (~30.8%). There are groups of economically inactive people e.g. inactive freelancers, underemployed, etc. (~3-5 %) who are without a sufficient income or job but not eligible to register as unemployed thus without access to labor market programs by the state.

The Solution
Our solution is based a framework of pillars which are interconnected to each other: 1) Capacity building scheme for NGOs where the participating organisations work on their sustainability opportunities 2) Joint effort of NGOs & businesses towards partnership projects based on training programmes for the unemployed (including the “hidden” unemployed), based on the identified sustainability potential. At the same time, participants will be offered the opportunity to acquire work experience, thus eventually being empowered and equipped with new entrepreneurial or intrapreneurial skills, full use of which will be made over time either by the NGOs, or the businesses, or even through participants’ own entrepreneurial initiatives.

Example
Maria is a Production and Management Engineer and in her late 50s. She worked as a freelancer with companies and the last two years she does not get contracts that cover her living expenses. She is not eligible to OAED-programs and her depth is increasing. She applies to 180 Moires and works with a non-profit organization, which just partnered with a production company in order to create a new product line as a collaboration project and gets training to focus her skills on a different sector than she was used to. The company pays the non-profit for conceptualizing the product line, which gives Maria a direct basic income but also healthcare access. The company decides to renew the partnership and Maria becomes the project lead.

Impact
The unofficial unemployment rate is 3,5% higher than the official one. The number of inactive freelancers without sufficient income will be available within 2014 from the Ministry of Finance. One can foresee “hidden” unemployed professional re-activation and re-entry in the job market with a sophisticated and sustainable way answering current socioeconomic challenges as personal needs, while leading to their empowerment with respect to each participant’s background and interests. Moreover, new job opportunities and vacancies will be created, giving also access to officially unemployed people to regain financial dignity. On the other hand, NGOs will learn to explore new paths of work and finally enter in a sustainable route getting closer to fully financial independence from any kind of funding. As far as enterprises are concerned, they will enter new niche markets.

Full Impact Potential
Spreading the scheme to counties with similar characteristics, mostly North Mediterranean, with restricted access to re-activation opportunities over the traditional market mechanisms. We have identified some areas within Greece e.g. Region of Attica like Athens city center, western suburbs where we want to start our pilots and then include Northern Greece e.g. Thessaloniki, Katerini into our schemes in collaboration with partner organizations. We aim to develop our framework of instruments (training, financial, capacity building for social impact, public policy interventions).

Founding Story
180 Moires (180º) mission is based on the own experience of its founding team, who within the financial crisis faced the challenge to work as freelancers with restricted income or underemployed. We shared ideas and experiences, common and different at the same time. Deeply affected by the domino-effect of the crisis – unemployment, marginalization, homelessness, lack of access to resources for an ever growing number of people – we also shared visions of a better world that we would love to create. The outcome was 180º (180 Moires), founded by an intergenerational (ages 22-64), intercultural team. We have pooled together the broad spectrum of our knowledge, talents and skills. Our shared vision is to transform the status quo of employment. 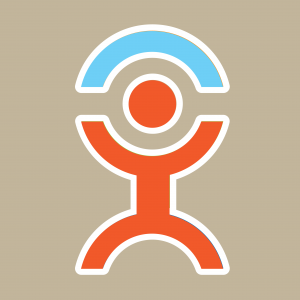